September is quite possibly one of the slowest tourist months in the Florida Keys, let slow season work to your advantage! Less tourism in town means less fishing pressure out there on the water and that means more fish for you!

September is also one of the favorite months for locals to get out on the water.

Capt. Mike Cyr of Seahawk Charters tells me that September is one of the best months for targeting the legendary “Grand Slam”.

Captain Mike likes working early in the morning or late in the evening and tries to avoid the mid day heat when the water in the shallows can easily reach well above 90*.

A bit further out along the edge of the reef, the hot snapper spawning bite is coming to an end, but that doesn’t mean you should write it off. You can still get a great yellowtail bite but you may have to work a bit harder, drive a bit further and pull your anchor a few more times. Also working a bit deeper than you usually do, can make a difference.
This time of the year I always try new spots.

I cannot think of a better way to spend a day than working the wrecks in the Florida Keys.

It’s all about working structure in September. The Florida Keys is home to many wrecks that can be found in the Gulf of Mexico as well as the Atlantic Ocean. Some shallow, some deep but one thing they have in common is that they are teeming with fish.
Dropping live bait is always the ticket. Butterfly jigs and vertical jigs can also get you hooked up. (butterfly jigs and vertical jigs are the same thing – right?)

When working the wrecks I use a technique I call stop and shop, drift the wreck a few time while jigging and dropping live bait to the bottom and if I don’t produce we keep moving until we get on some action.
Some of these wrecks will still have permit on them especially if you are fishing around the Marquesas Key and the Gulf of Mexico.

If you like working a bit deeper, the Florida Keys always has something going on in the blue water. The large school of Mahi that migrate in spring have come and gone but plenty of action remains if you know where to look. Finding floating debris always increases your chances of finding fish or you can work some of the humps.

Humps are underwater mountains located to the East of the Florida Keys archipelago in the Atlantic Ocean.
This rising structures force water to funnel around them and this attracts lots of bait which is a magnet to migrating pelagic predators.

These humps are real fish heavens that have made the Florida Keys famous for its world class fishing.
Watching bait spray is a common sight as the predators like black fin tuna and Mahi bust on them.

September is also a great month for Marlin, so definitely keep your eyes open for billfish in the spread.

Capt. Jamie Connell of Flying fish Charters likes to troll a large Marlin lure behind his Mahi spread, because you never know specially in September.
From Key Largo heading South the humps are:

Live bait is always the best method but trolling can have amazing results as well.

It’s been a month since the regular lobster season got started and you can easily tell the numbers of lobsters have decreased in the more common spots. This is when you start looking in areas out of the beaten path.

Most divers will dive the shallow rock piles that can easily be found by GPS or by sight because of their dark color against the sand light color of the sea floor.

These high visible areas get a lot of pressure. I personally like to work the channels and flats where you can find sponge gardens that will hold plenty of lobsters.

These areas usually don’t hold the mother lode. Two’s and three’s at a time will easily get you limited out in no time.

Pay attention to the tides, some of the channels can be dangerous, so diving them at slack tide is a must!

Always keep a spear gun nearby for the hogfish that is attracted by the grunting of the lobsters. 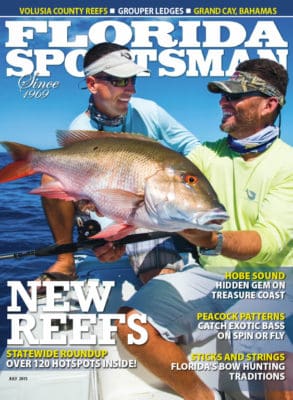 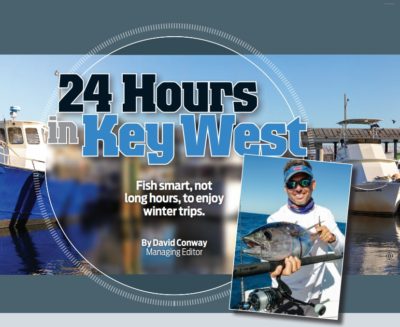